It’s been said that good things come in small packages. No other expression could more aptly describe the Neo-i — which, depending on your point of view — is a video projector with an iPod sound dock, an iPod audio dock with a built-in projector, or a new category of product altogether. No matter what you call it, it’s a brand-new device that is revolutionizing the way people watch movies, play video games, share photos and give office presentations from their iPod, iPhone, Blu-ray/DVD player, or any media player.

Created by Optoma, a leader in the evolution of digital and personal projectors, the Neo-i DV20A is a jack-of-all-trades. Successor to the company’s best-selling DV10, which combined a projector with a DVD player, the Neo-i combines an iPhone/iPod sound dock with a projector that gives digital media device users plug-n-play compatibility to enjoy their audio and video projector in one transportable, tabletop device.

“The Neo-i offers a unique solution to a marketplace that is increasingly dependent on portable devices for both audio and video content,” said Jon Grodem, Optoma’s senior director of product and marketing. “This gives them a simple, all-in-one solution for sharing that content.”

Unique features make the Neo-i handy for situations like:

Watching movies at home, in your dorm, or at a friend’s. The Neo-i has big-screen capability in a compact, portable format. It weighs 2.2 pounds and measures 3.1 by 12.8 by 8.9 inches, making it easy to watch movies wherever you are.

Sharing family pictures and videos. Just dock your iPod or iPhone into the Neo-i to start instantly projecting videos or photos around your home. Powered by LED technology, the Neo-i is capable of producing bright, quality images up to 120 inches. Users have three options for accessing and controlling their songs or videos: From the control interface of the iPod/iPhone; an included IR remote control; or through the backlit control panel on the Neo-i, itself. 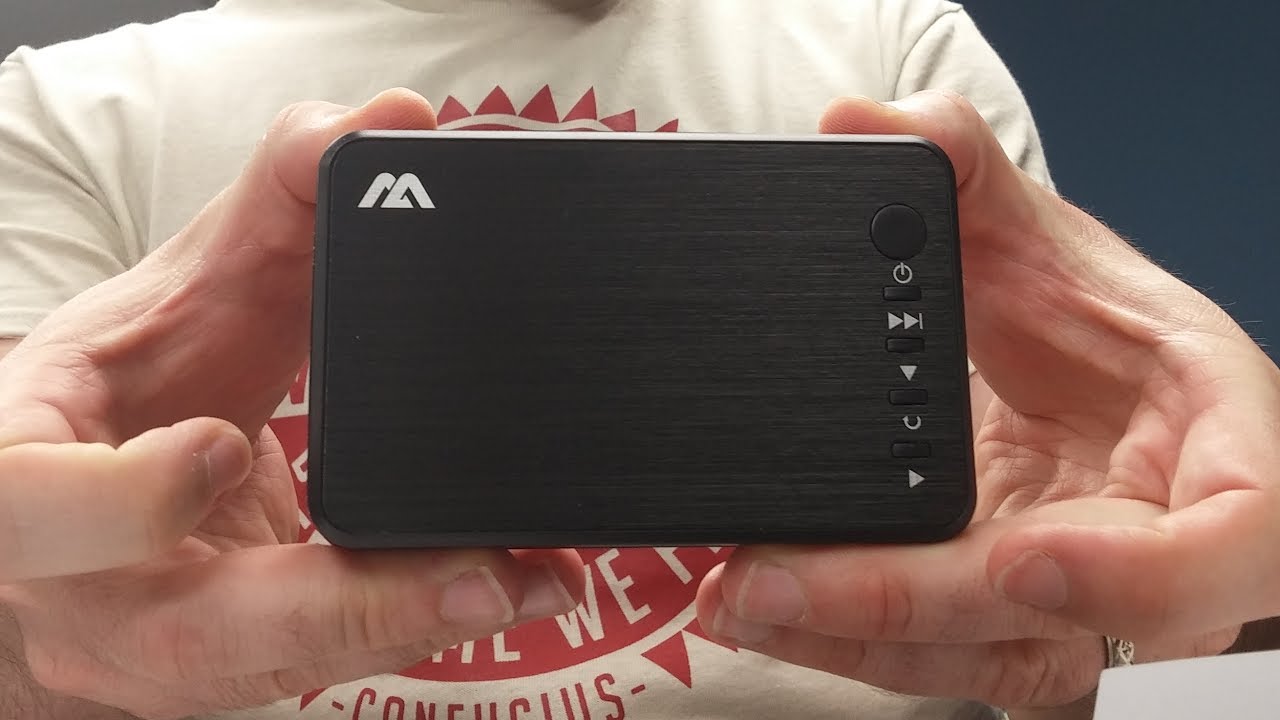 Giving office presentations. The Neo-i comes with a variety of adaptors that let you plug in any version of the iPod or iPhone that includes video, and Optoma also sells an optional connection kit ($40) for an iPad. But the Neo-i is more than an Apple dock. It incorporates HDMI, VGA, and composite A/V inputs for external devices that expand its usability to laptops, Blu-Ray players, and Apple TV — making it easy to take that office presentation to the next level.

Playing video games. When it comes to gaming, bigger is always better. Instead of playing on a TV screen, gamers can connect their favorite system to the Neo-i for big-screen capability and quality pictures. And with 16 watts of digitally tuned audio, you have enough high-quality sound to fill the room.

Camping. Don’t have a plug? An optional rechargeable battery pack is available ($99) to suit your location, wherever you may be. Tie a white sheet between two trees, or project the movie on the side of a tent. Just remember to bring the smores and popcorn!